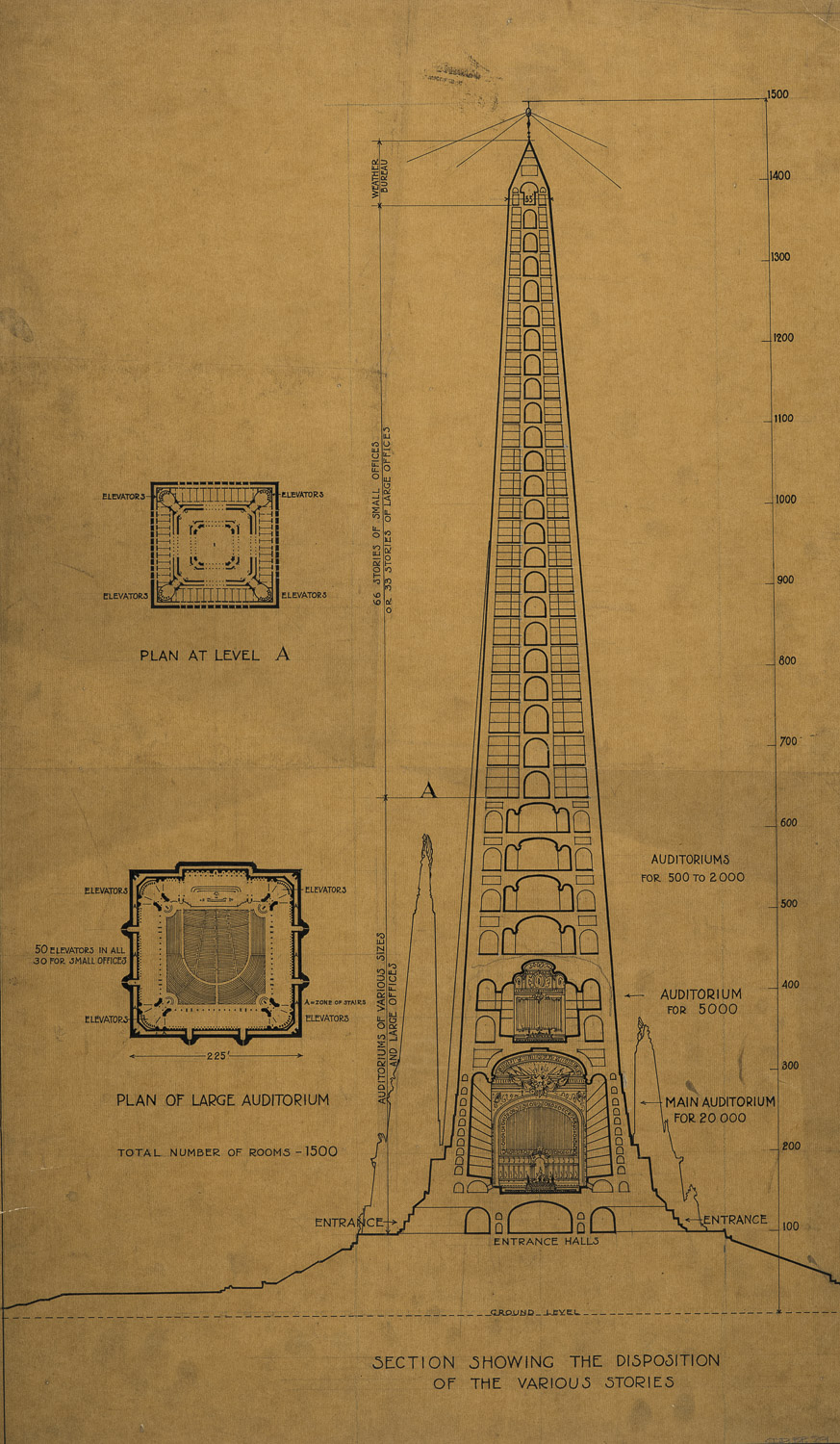 Hood studied design under Constant-Désiré Despradelle, who had been recruited from France in 1893 to teach at MIT. Despradelle’s most famous project, the “Beacon of Progress,” was a proposal for a 1500-foot-tall skyscraper obelisk to commemorate the 1893 World’s Columbian Exposition in Chicago.

When Hood was at MIT, Despradelle used the Beacon as a teaching tool, modeling for his students the expected design process from sketch to finished project. Despradelle’s design for an electrically illuminated steel-frame building has strong parallels with Hood’s later work.