Architecture of the Night 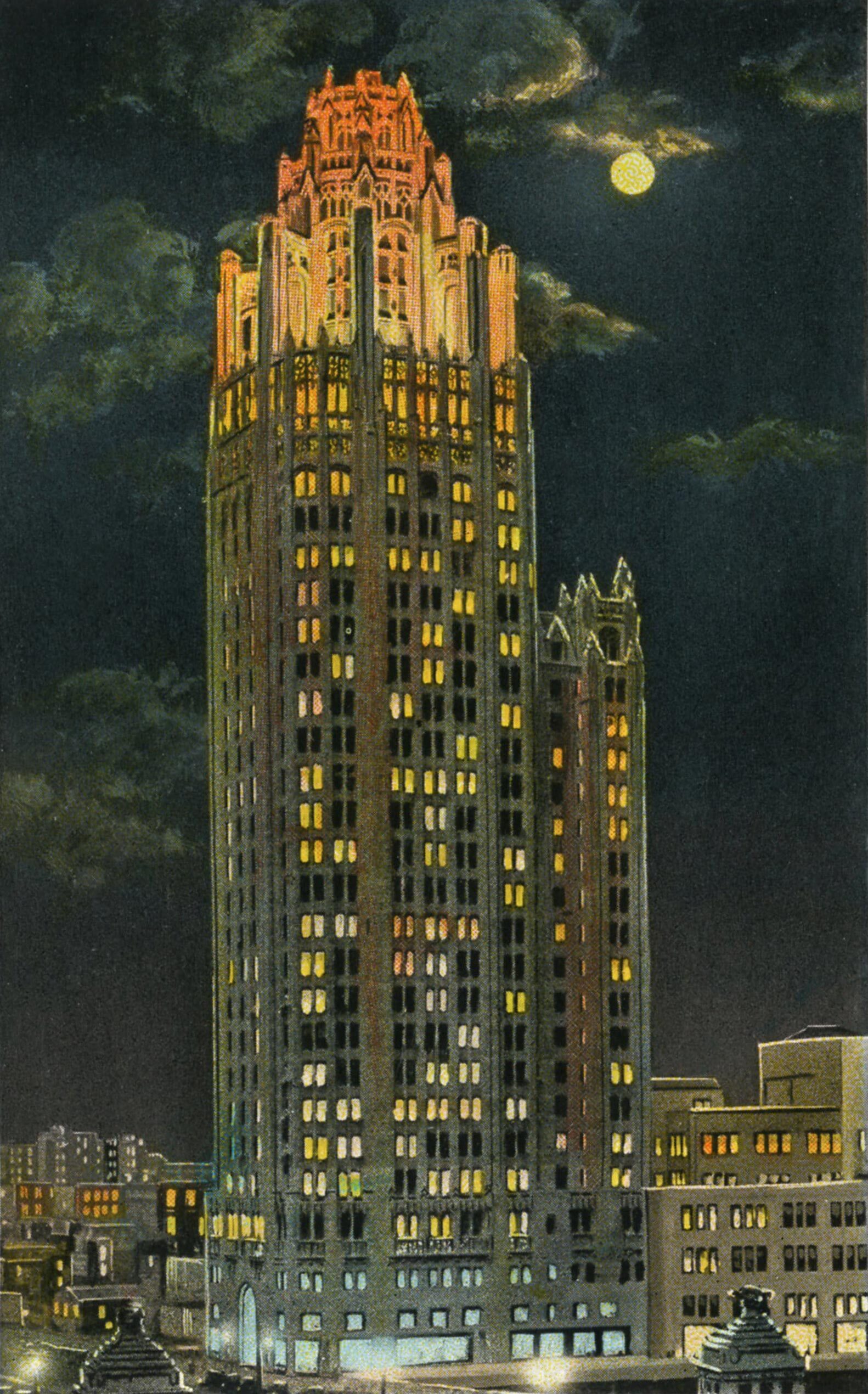 The Tribune competition had alerted Hood to the importance of architectural illumination.

The Tribune building was across the street from the most attention-grabbing building in Chicago, that of the Wrigley Chewing Gum Company, with its prominent tower visible for miles down the city’s busiest street. Clad in white terracotta, the Wrigley Building was sensationally lit in its entirety at night by batteries of floodlights—the brightest and most extensive architectural illumination in the world.

Responding to the flood of light from across the street, Hood designed his tower “not only for its own outline and composition, but for the possibilities of illumination and reflected lighting at night.”