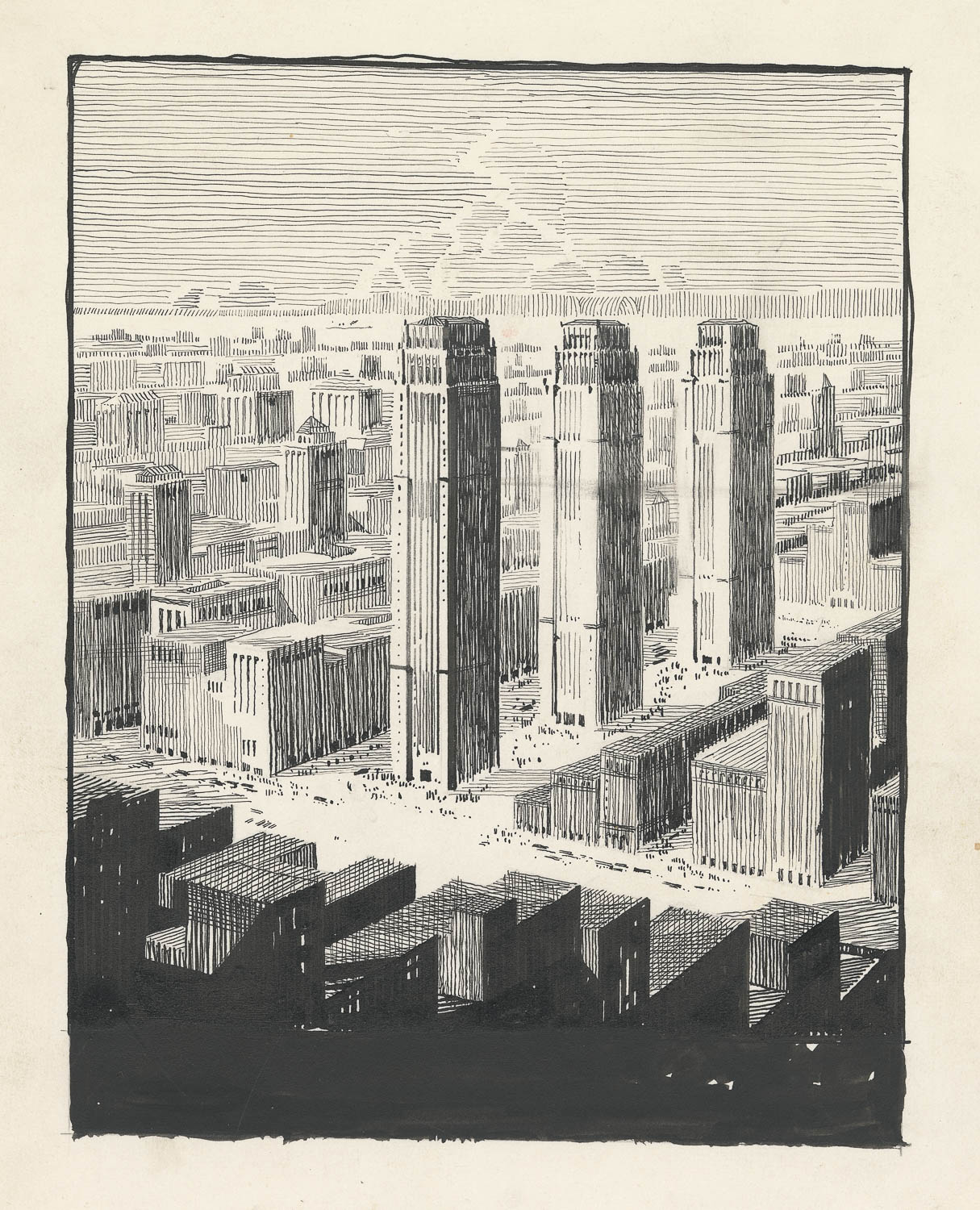 Throughout the 1920s, Hood experimented with alternative approaches to urbanism. His initial idea for a “Tower City” was a response to both Le Corbusier’s Plan Voisin, with its freestanding towers, and New York City’s setback zoning law of 1916. Hood’s arrangement would facilitate pedestrian and vehicular traffic, allow for more light and fresh air, create large green spaces, and produce better apartments.

Two years later, Hood proposed his vision for a “City Under a Single Roof”—embracing urban density and self-contained city quarters whose central buildings of unlimited height would allow traffic to flow underneath.

These designs were indebted to Hood’s proposal for downtown Providence of 1916 and would have an impact on his first sketches for Rockefeller Center two years later.