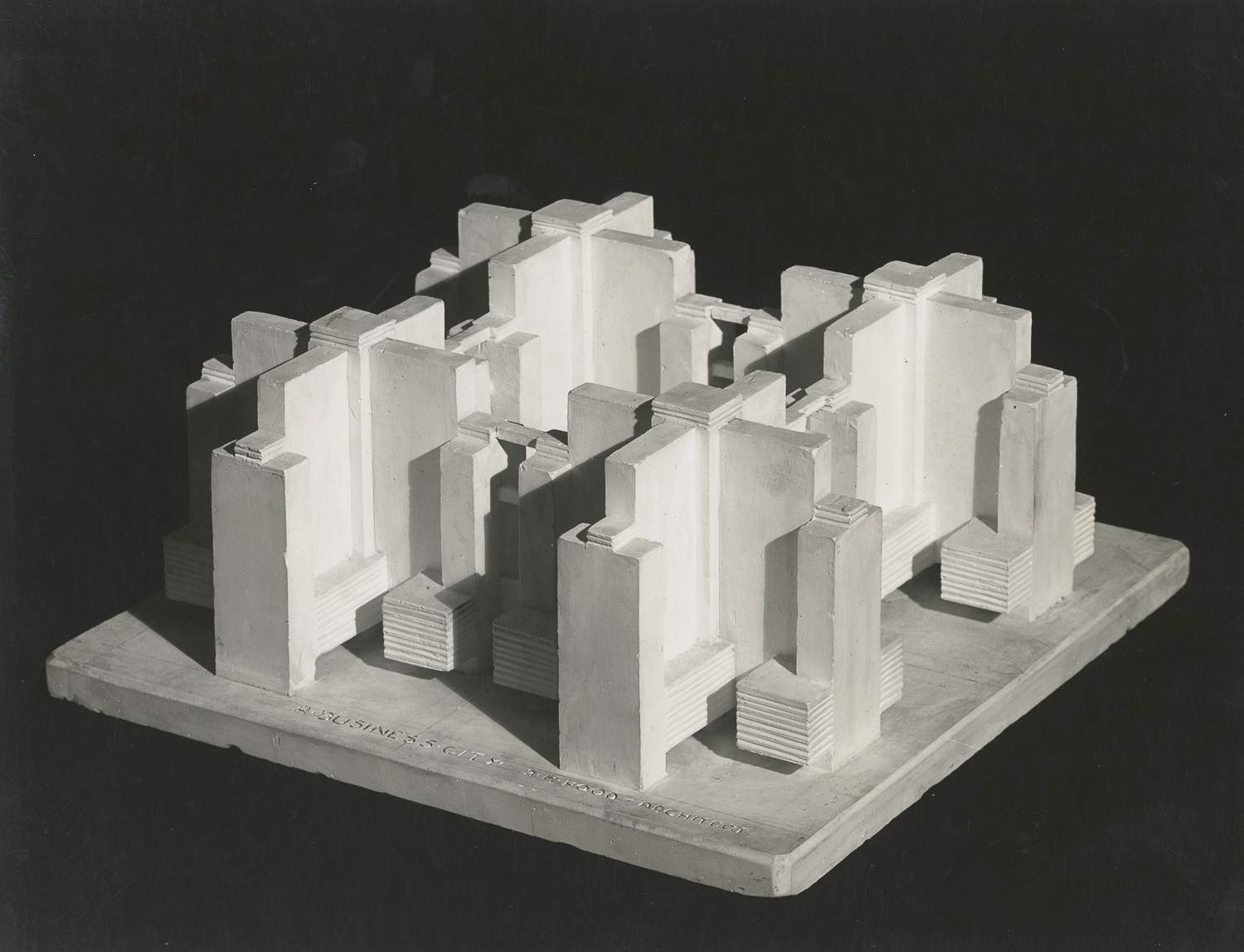 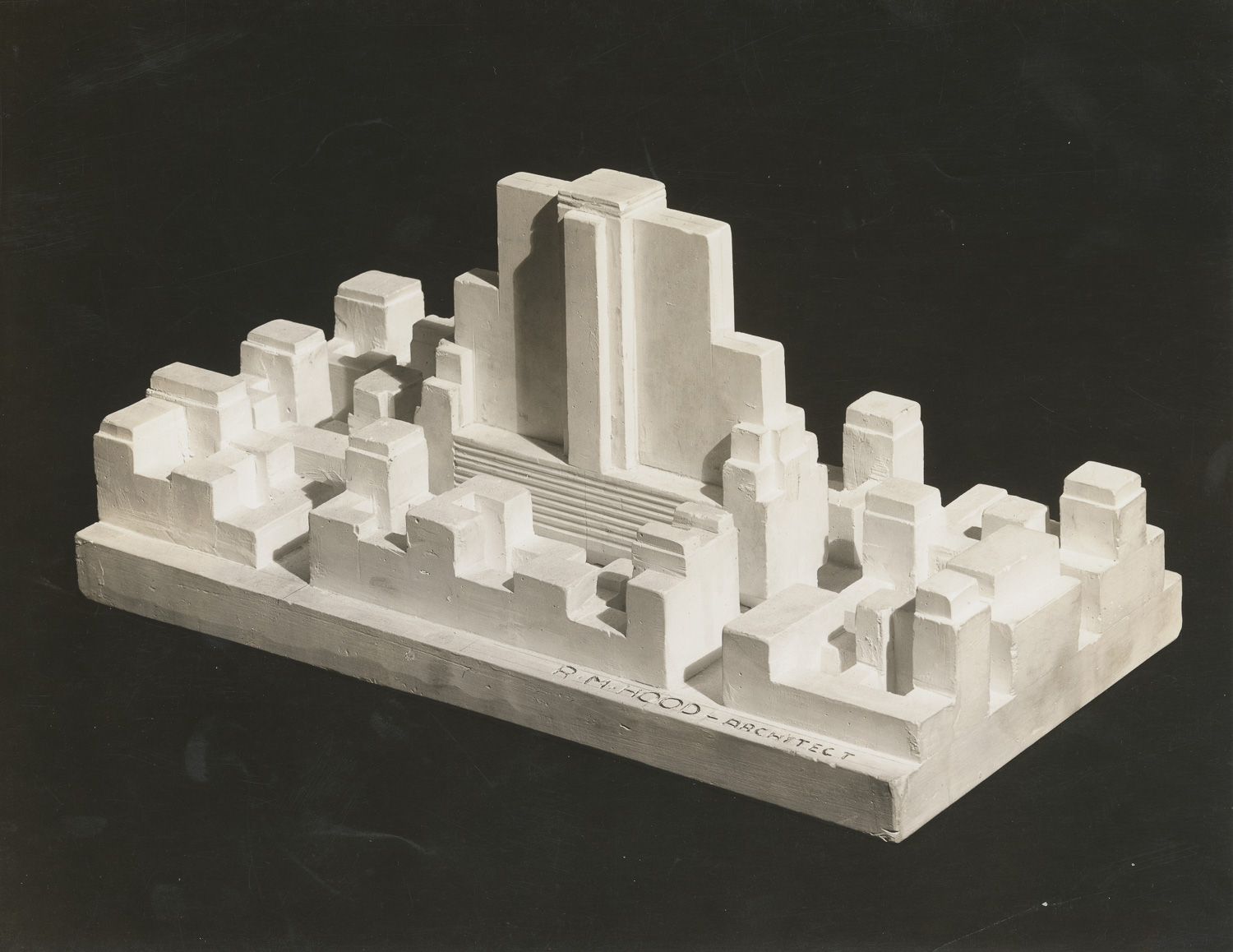 Toward the end of the 1920s, Hood began using models as a tool in his design process. Made of plaster, plasticine, or clay, these models afforded Hood the opportunity to work out his designs in three dimensions.

In these examples, we see Hood working through how the units of his “City Under a Single Roof” would relate to each other as well as the existing urban fabric.