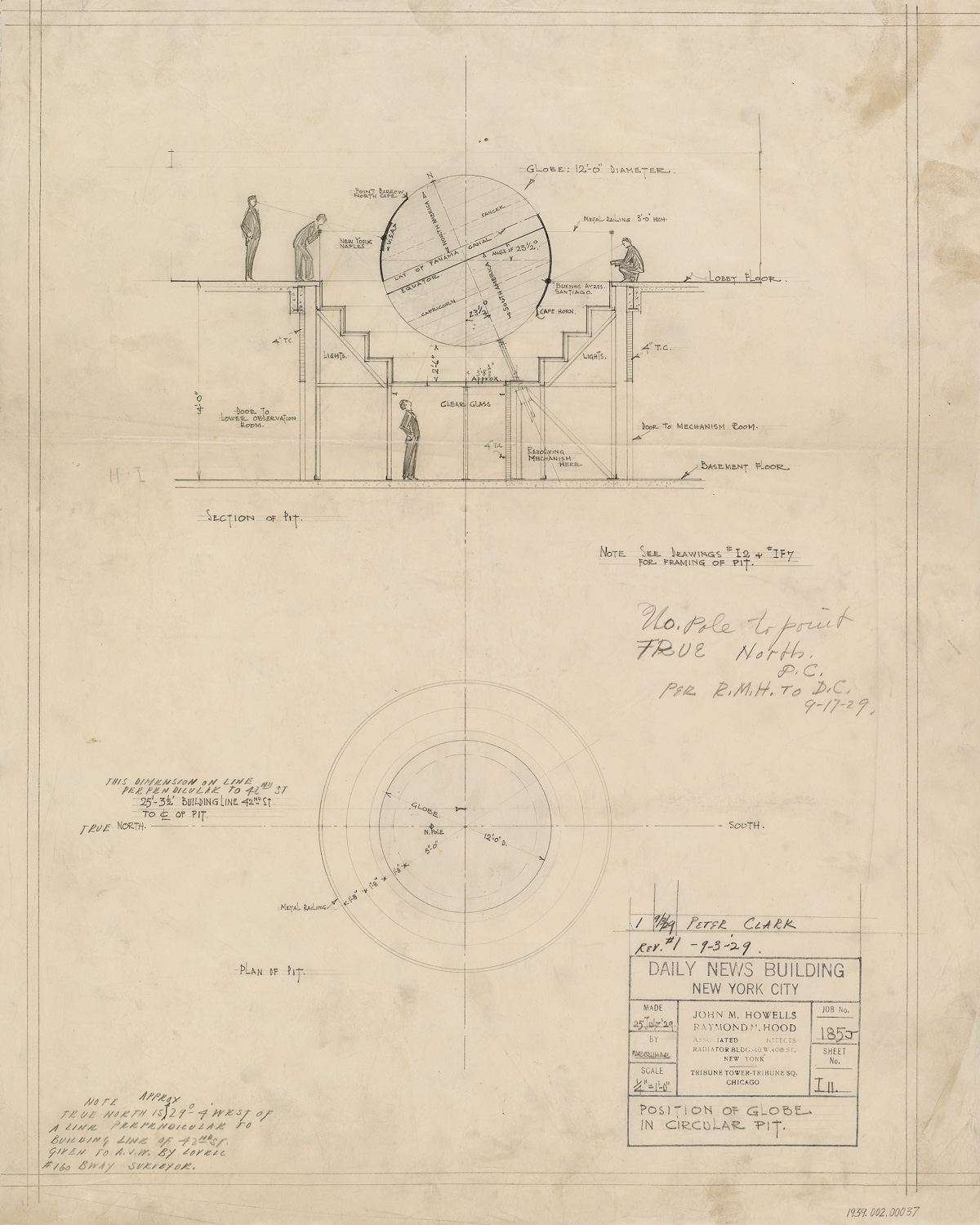 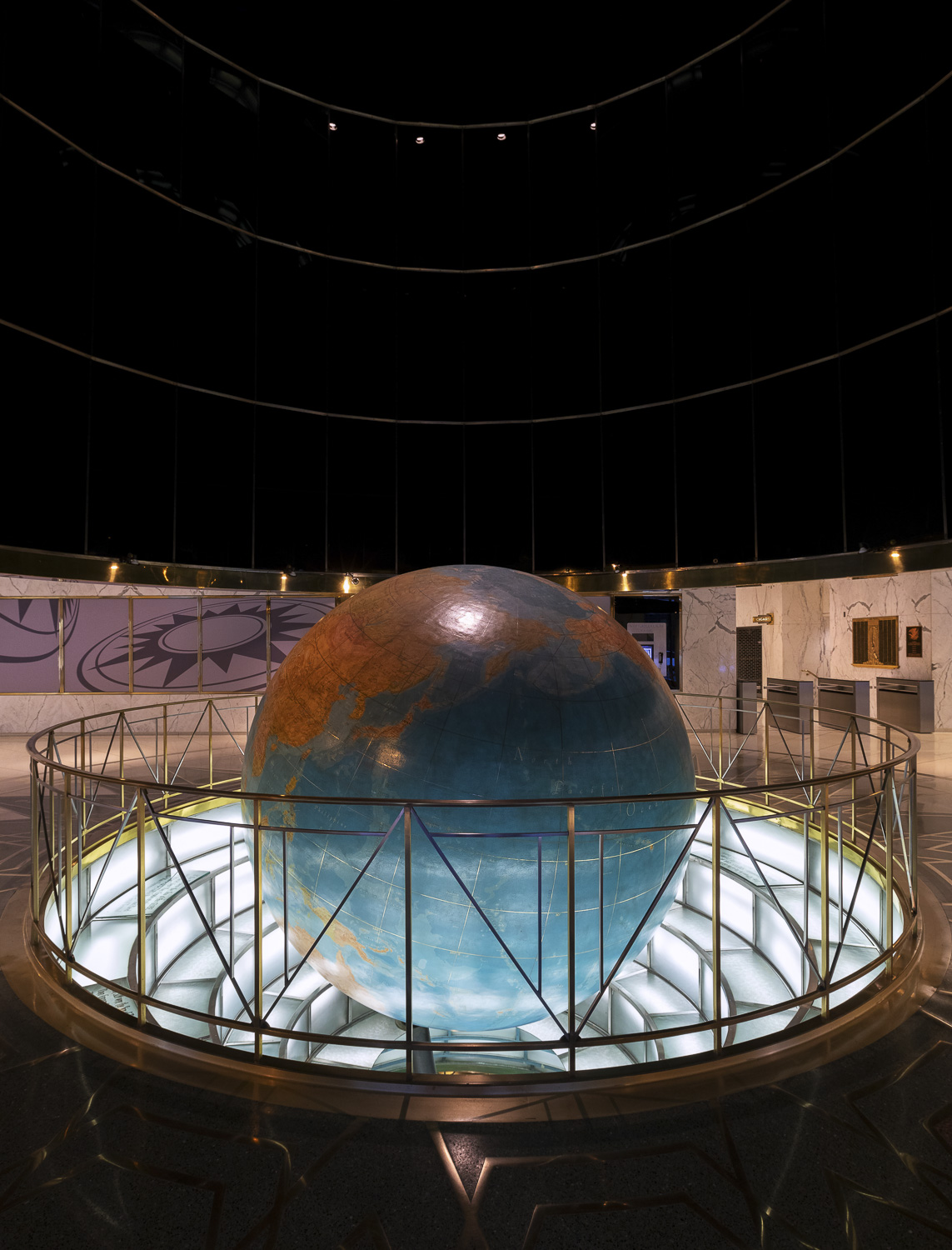 Hood was given $150,000 for ornament throughout the building and decided to spend it all on the lobby.

The floor is inlaid with a giant compass rose pointing out the directions and distances of dozens of cities worldwide, clocks on the wall note the hour across time zones, and maps track changing weather conditions. At the center is a massive, rotating globe that is sunken slightly into a pit and dramatically illuminated from below. Always a fan of theatrical effects, Hood hired a Broadway designer to work on the mechanism and lighting of the globe. The ceiling, a faceted dome of black glass, is a striking contrast to the luminous centerpiece.